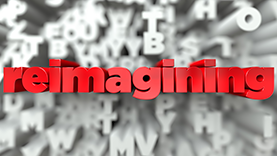 FBMJ attorney, Joseph P. McGill, has served his first year as Chair of the Representative Assembly for the State Bar of Michigan. Under his direction and working through the Assembly’s five standing subcommittees, the Assembly undertook numerous initiatives for consideration, each designed to improve the administration of justice and access to the Courts throughout Michigan. In “Civil Discovery Rules and Beyond:  Reimaging the Representative Assembly” published in the May, 2018 edition of the Michigan Bar Journal, McGill reflects on the accomplishments of the Assembly during 2017, and discusses his goals to help make the Assembly more representative, nimble and responsive to the 45,000+ State Bar of Michigan members.