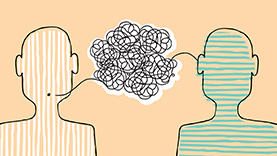 On May 3, 2018 the Michigan Court of Appeals issued its opinion in the matter of Teri Luten v Genesys Regional Medical Center, et al., one which may provide some ammunition to Defendants in attacking Plaintiff proximate causation theories, especially in cases involving “chain of command.” In a 2-1 decision, the panel reversed the trial court’s denial of the Defendant’s Motion for Summary Disposition.  The issue on appeal was whether there was sufficient testimony to establish whether a physician’s assistant’s (employed by the Defendant) failure to discuss the need for an endoscopic retrograde cholangiopancreatography (“ERCP”) with the patient’s attending general surgeon was a proximate cause for the Plaintiff’s injuries. Plaintiff alleged that if an ERCP would have been performed, a procedure that combines an upper gastrointestinal endoscopy and x-rays to treat problems of the bile and pancreatic ducts, the patient’s bile leak would have been diagnosed earlier and she would have avoided prolonged treatment.

This decision opens the door for Defendants, albeit slightly, in establishing proximate cause defenses for nurses, physician’s assistants or even other physicians who are alleged to have been negligent in failing to go “up the chain of command” or consult with physicians directing the care and treatment of a patient. Prior to Luten, the Court of Appeals and even the Supreme Court typically have held rulings in favor of Plaintiffs in cases where there is an allegation that a nurse failed to provide certain information to an attending physician. Plaintiff will call for limiting the holding of this case to situations where the nurse or physician did not provide any additional information. While the impact of the Luten may have limitations, the case provides some much-needed ammunition to Defendants in attacking Plaintiff’s proximate causation theories.

Contact Saulius Polteraitis at 734-742-1800 for additional information on Luten or other healthcare issues.