Welcoming the 21st Century: The Rebranding of the Representative Assembly 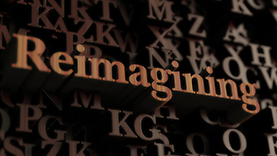 McGill’s article also reported on the passage of a joint resolution of the State Bar of Michigan (SBM) and the Representative Assembly (RA) identifying the need for a governance task force to re-examine the way the SBM carries out and funds its mission of jurisprudence in an environment of rapid changes and advancements in technology. Additionally, McGill summarized recommended changes to the internal operations of the Representative Assembly designed to reinvigorate and rebrand the organization.