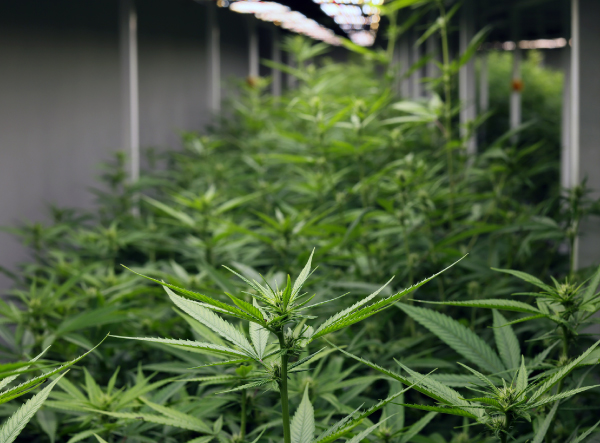 On November 17, 2021, the Michigan Marijuana Regulatory Agency (“MRA”) issued a notice of recall of all cannabis products tested by Viridis and Viridis North from August 10, 2021 to November 16, 2021, citing “inaccurate and/or unreliable results.” The MRA indicated that hundreds of cannabis retailers had products in their inventory subject to the recall. The recall has been reported to impact nearly $250,000,000 dollars of product.

On November 22, 2021, Viridis filed a Complaint against the MRA and high-ranking officials. Viridis alleged that “there is no public health or safety risk justifying the recall,” and that the recall was a pretext to realize the MRA’s “’desire” “that all marijuana safety compliance facilities … get an equal share of the cannabis market” – a “political result” the MRA could not otherwise achieve.

The Viridis Complaint seeks injunctive relief stopping the recall, in connection with which there have been two days of hearings on December 1 and 2, 2021. The MRA claims that there have been adverse health reports relating to use of Viridis-tested products. The MRA also offered testimony that 27% of re-tests of Viridis-approved cannabis products failed for total yeast and molds, total coliform, and the fungus aspergillus. There was testimony that (a) the MRA does not have regulations dictating when a recall should take place and (b) while one of the reasons offered for the recall was Viridis’ failure to keep logs in connection with microbial testing, no MRA regulations required such logs. The MRA cited failure by Viridis to adhere to American National Standards Institute National Accreditation Board (“ANAB”) requirements regarding such logs as a basis for the recall.

The Viridis lawsuit includes ten counts in addition to its request for injunctive relief, and last week’s proceedings mark only the beginning of this litigation.  Several other counts in the Complaint also revolve around the conflict between the MRA and Viridis regarding microbial testing as the basis for the recall. While the MRA has pointed to deficiencies in Viridis’ microbial testing, Viridis claims that the MRA “knew and approved [Viridis’] procedure for microbial testing[.]” Viridis alleges that the MRA wrongfully targeted it “to either … cap [Viridis’] market share” or “destroy [Viridis’] business operations” leading to more business for competitors.

Consumers and cannabis producers should be concerned if flawed testing procedures resulted in improperly approved product making it into the regulated marketplace. The Firm’s Cannabis Law Practice Group will continue to monitor the litigation and keep the Michigan cannabis business community updated. Please contact Richard S. Baron (rbaron@fbmjlaw.com), Nicholas J. Tatro (ntatro@fbmjlaw.com), or Matthew C. McCann (mmccann@fbmjlaw.com) with questions regarding the impact of the recall, concerns regarding ANAB compliance, or other Michigan cannabis-law-related inquiries.