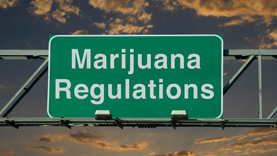 After a significant delay, Michigan Gov. Rick Snyder announced last week the appointment of five people to the Michigan Medical Marihuana Licensing Board, which will govern licensing of medical marijuana growers and dispensaries under the new state law going into effect in December, 2017.

Rick Johnson, a former state representative, will serve as chairman of the board. He will be joined by David LaMontaine, an executive board member of the Police Officers’ Association of Michigan; Nichole Cover, chairwoman of the Michigan Board of Pharmacy and a health care supervisor for Walgreen Co.; Donald Bailey, a retired police sergeant; and Vivian Pickard, a former president of the General Motors Foundation. Johnson and LaMontaine were selected by the Senate Majority Leader and House Speaker, respectively, while the remaining board members were selected by Gov. Snyder.

In the months to come, the licensing board will implement the new law, including the licensing processes for marijuana growers, processors, transporters, provisioning centers, and safety compliance facilities. A person may apply for one of these licenses under the act beginning in December, 2017. The board is expected to advise LARA on creating the specific rules and regulations that will govern the application process.

However, as an example of the complex and evolving nature of the medical marijuana industry, the state specifically cautioned that licensees should consider the uncertainty of federal enforcement of the Controlled Substances Act and the Internal Revenue Code. Namely, marijuana remains a Schedule I drug alongside heroin and LSD under federal law. While the Obama Administration forwent federal prosecution of those using marijuana for medicinal purposes, it remains unclear how the new presidential administration will enforce such federal laws.

U.S. Attorney General Jeff Sessions and the Trump Administration have given mixed signals as to whether they intend to use federal laws to crack down on recreational marijuana use, even in those states where such activity has been legalized. Most recently, the compromise bill to fund the federal government through September specifically bars the Department of Justice from pursuing marijuana users, growers, and sellers in states with legalized medical marijuana. As an example, Colorado has legal medical and recreational marijuana. And in a widely reported story, Colorado Gov. John Hickenlooper discussed a meeting he had with the Attorney General in which Sessions discussed other priorities and said “Well you haven’t seen us cracking down, have you?”