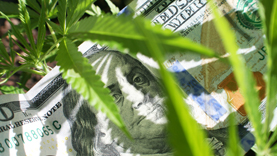 It used to be the stuff of Hollywood movies featuring organized crime. Yet, while the Michigan Medical Marijuana Licensing Board is formulating the regulations that will govern medical marijuana growers, processors, transportors and dispensers in Michigan, courts in a number of states are issuing rulings that will allow marijuana grow operations – even if compliant with state regulations – to be the target of civil racketeering charges.

The Tenth Circuit Court of Appeals in Colorado ruled this month that neighbors could use the Civil Racketeer Influenced and Corrupt Organizations Act – better known as RICO – to sue a marijuana grow operation that otherwise was in compliance with state law. The significance of a RICO claim includes the fact that such an allegation makes the lawsuit a federal matter in which medical marijuana is illegal. Additionally, RICO allows a prevailing party to obtain three times their actual damages, plus costs and attorney fees. The full opinion, which spans 78 pages, can be read here.

The Colorado case was essentially one of nuisance – residents neighboring a grow operation claimed it caused them several injuries, including loss of value to their adjoining property based on it being located next to a drug business, and interference with use of property due to noxious odors from the growing plants. In arguing there was a RICO violation, the neighbors pointed out that cultivation of marijuana is a crime under the federal Controlled Substances Act (CSA), regardless of compliance with Colorado’s permissive recreational and medical marijuana laws.

While the district court dismissed the RICO claims, the appeals court reversed that denial. The court began by noting that racketeering activity includes dealing a controlled substance under the CSA. This includes medical marijuana, meaning cultivation of marijuana for sale may be considered a racketeering activity. While the remaining elements of the claim were satisfied, the court pointed out that RICO does not require the plaintiff to prove a concrete financial loss. Instead, it was sufficient for the plaintiff to allege that their neighbors’ presence as a criminal enterprise and the noxious odors caused them injury.

Meanwhile, a second lawsuit that alleges a RICO violation – this one was filed in Oregon federal court (Rachel McCart and Erin McCart v Clifford Beddow, et. al) – includes dozens of defendants, including Bank of America. In that lawsuit, the plaintiffs once again allege they have suffered injury to their property as a result of marijuana being produed and distributed on neighboring parcels. But for the RICO statute, these allegations could generally be considered common law nuisance and trespass claims for causing an interference with the use and enjoyment of plaintiffs‘ property. Similar to the Colorado lawsuit, the plaintiffs alleged RICO violations due to the defendants‘ marijuana business violating federal law. As for Bank of America, the bank was sued because they hold a mortgage on the main defendant’s property and knowingly allowed the property to be used for the production and procressing of marijuana for two years. We will continue to follow these two cases as they move through he courts.

In the meantime, marijuana business owners and related persons can take several lessons from these lawsuits. First, to the extent possible, business owners in the marijuana (and any other) industry should be good neighbors and take reasonable measure to mitigate any impact their operations might have on adjacent property owners. Be aware that continually being an irritant to neighboring property owners will not make your business a sympathetic defendant if named in a lawsuit. Second, financing a marijuana operation might be more difficult than anticipated. It is unclear if more suits will target financial lenders such as Bank of America. Private venture capital firms frequently advertise about their ability to raise capital for such businesses, particularly in states with well developed commercial medical or recreational marijuana regulations.

Other financing alternatives appear to be coming more availabe. Very recently the Tenth Circuit Court of Appeals ruled that Fourth Corner Credit Union – a Colorado credit union that wants to provide lending to licensed marijuana-related businesses – can bid once again to receive a master account at the Federal Reserve Bank of Kansas City. All credit unions or banks need a Federal Reserve master account to operate.

Foley, Baron, Metzger & Juip offers comprehensive administrative licensing services, including guidance with applications and the defense of licenses before the state licensing board. We also advise clients regarding medical marijuana law and the applicable state regulations, as well as land use, facilities siting and related issues.

Contact Richard Baron and/or Daniel Cortez at 734-742-1800 for more information.