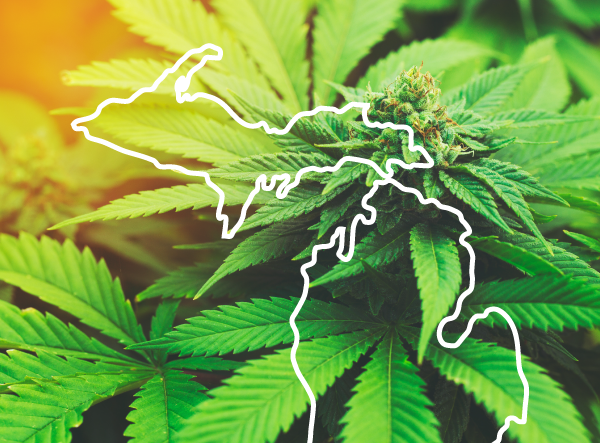 The Michigan Marijuana Regulatory Agency (“MRA”) periodically updates the administrative rules that impact licensed cannabis operations. On September 27, 2021, the MRA held a public hearing with respect to proposed rule changes will now review the public comments and submit a final draft of proposed rules to the Michigan Legislature’s Joint Committee on Administrative Rules (“JCAR”) for further consideration. The rules package is not yet before JCAR and that is needed before the rules can become final. Certain of these proposed rules will impact ongoing operations and are briefly discussed below:

Licensing:
Proposed new rule 420.6 (6) should be of particular interest to all Michigan marijuana businesses. It provides that “[a] marihuana license is a revocable privilege granted by the agency and is not a property right” and that “[g]ranting a marihuana license does not create or vest any right, title, franchise, or other property interest.” This is an attempt by the MRA to legislate around the reality that there is Michigan state caselaw which supports an argument that a Michigan marijuana business in fact does have a property interest in its license once one has been issued. Most notably and analogously, the Michigan Supreme Court has recognized that possession of an existing liquor license is a property interest and that it is reasonable for a licensee to expect automatic renewal as long as the business complies with applicable laws. This proposed rule is directly aimed at stripping Michigan marijuana businesses who have received licenses from enjoying a similar status of relative comfort that the holders of liquor licenses enjoy with respect to renewal. This proposed rule, if enacted, is likely to be at the center of litigation when a Michigan marijuana business seeks to challenge a denial of renewal in the Michigan state courts.

Investors and Operators:
The new provision of proposed rule 420.4 (3) includes a lower threshold requirement for disclosure of ownership – decreasing from 5% to 2.5% the baseline ownership percentage which triggers a disclosure obligation. More extensive disclosure is required depending on the type of legal entity that has an ownership interest of 2.5% or more. The names and addresses of key stakeholders must be disclosed for the typical “corporate” ownership entities. The MRA is looking to create more transparency regarding the source of funding for Michigan marijuana businesses.

Processors and Retail:
The new provision of proposed rule 420.206 (13) requires that all ingredients containing cannabinoids “must be from a source licensed to grow, handle, and produce cannabinoids under a license issued by a governmental authority and entered into the statewide monitoring system.” One apparent intent of this proposed rule is to avoid unapproved cannabinoids from inclusion in Michigan product.

Additionally, it is advisable for Michigan marijuana businesses to consult with their suppliers in light of this proposed rule change to determine if they are licensed to “grow, handle, and produce cannabinoids under a license issued by a governmental authority” in the states where they are located. This includes cannabinoids derived from hemp. So, for example, an out of state supplier who grows hemp in a state which does not specifically allow for the licensing of the growth, handling and production of cannabinoids likely may not fulfill the requirement of being a “source” operating “under a license issued by a governmental authority.” Michigan marijuana businesses may want to consider changing suppliers if their current suppliers are not licensed in accordance with this proposed rule in their home state.

Laboratory Testing:
A new provision of proposed rule 420.206 (14) requires that each constituent marijuana form in a marijuana product must separately pass safety compliance test results logged in the statewide monitoring system prior to the creation of the new “combined” product.

This proposed ruled would increase testing in compliance with the MRA rules – the testing of each constituent marijuana form must be done by a qualified laboratory. Under the rules, a qualified laboratory is one that is fully accredited by the International Organization for Standardization (“ISO”), has procedures for safety testing up to ISO standards, and has safety testing procedure approved by the MRA.

Proposed new rule 420.305(b) sets forth extensive quality assurance and quality controls that laboratories must have in place to monitor results. Proposed new rule 420.303a requires a producer of a marijuana product in its final form to have a sample of the product tested by a regulatorily compliant laboratory and for the product to be separated from all other products while the results are pending. It also prohibits a producer from transferring or selling a product to a sales location until passing test results are entered into the statewide monitoring system.

Marijuana Businesses as Employers
Proposed rule 420.602 requires training of employees in connection with a written training manual which addresses safety procedures and employee education regarding product information. Proposed new rule 420.808A explicitly excludes from employment at or participation in a marijuana business people: with a “pattern of convictions” involving or who have otherwise engaged in theft, dishonesty or fraud; who have been found otherwise ineligible for licensure under by the MRA; engaged in conduct that could negatively impact public health, safety, and welfare; included on any current exclusion list from another U.S. jurisdiction; and who have been convicted of distribution of a controlled substance to a minor in any jurisdiction.

These proposed rules highlight the importance of marijuana businesses having regulatorily savvy management and legal counsel in evaluating changes to operational procedures. Michigan marijuana businesses should consider whether their hiring and candidate screening procedures need to be updated to make sure applicants in any of the proposed excluded categories are properly flagged.

FBMJ attorneys will continue to monitor the status of the proposed new rules and changes to the existing rules as they make their way through the state’s JCAR procedure and keep the Michigan marijuana business community updated.