Michigan Medical Marijuana Board: Dispensaries Need to Shut Down 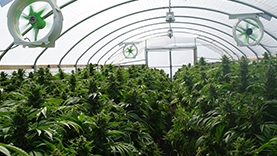 Members of the Michigan Medical Marihuana Licensing Board (Board) sent a clear warning to owners of dispensaries now in operation – shut down the dispensary in the coming weeks or you will not be permitted to operate going forward under the Medical Marihuana Facilities Licensing Act ( MMFLA) that is scheduled to begin accepting applications in December.

In announcing the directive at the Board’s August 21st meeting in East Lansing, board member Donald Bailey of Traverse City initially proposed that all dispensaries be shut down within two weeks. However, no firm date has been adopted by the Board. Bailey’s announcement drew strong responses from the 200+ person audience. During the public comment portion of the meeting several medical marijuana patients complained that they would have no way to obtain medical marijuana if dispensaries were shuttered in September. This issue is sure to be revisited at the Board’s next meeting on October 12, 2017.

The lack of detail on when dispensaries must be closed was consistent with the rest of the meeting as the Board, appointed by Gov. Rick Snyder, repeatedly sought more information from the Department of Licensing and Regulatory Affairs (LARA), the state agency charged with implementing the new law. Board member David LaMontaine of Monroe complained bitterly to Andrew Brisbo, director of the Bureau of Medical Marihuana Regulation (BMMR) within LARA, that the Board, much like the public, has not seen significant progress in the implementation of the Michigan Medical Marihuana Facilities Licensing Act. The new law requires Brisbo’s department and LARA to develop rules, technology and all other necessary infrastructure such that the state is ready to accept applications for marijuana growers, processors, transporters, provisioning centers, and safety compliance facilities on December 15, 2017.

Brisbo and other LARA representatives indicated that they will meet the deadline. Still LaMontaine and the Board requested that LARA provide more detail at the Board’s next meeting on how the transition from the voter-approved Michigan Medical Marijuana Act to the new law will work. The Board also requested that LARA list on its website the identities of those entities that have won zoning approval for a provisioning center.

LARA representatives announced at the meeting that they have created stakeholder workgroups, similar to a model used in Colorado, as a way to gather input that will help develop the rules that will govern the new law going forward. A board member will be assigned to each work group, including growers, processors, safety compliance, provisioning centers and secure transporters. Members of the public can sign up to be considered for participation in a work group on the LARA website by Tuesday, September 5, 2017 by 9 AM. The selections for the work groups will be announced the following week.

While permanent rules are not being drafted, LARA indicated to the Board that they are drafting emergency rules to govern the application process and more beginning on December 15, 2017. These rules will be given to the Michigan Attorney General for approval before the Board sees them. It remains unknown as to when permanent rules will be in place, although it is expected to take 12-18 months. The board is scheduled to meet next on October 12th.

Foley, Baron, Metzger & Juip will continue to follow these and other developments with the act as the state prepares to accept applications in December. Our firm offers comprehensive administrative licensing services, including guidance with applications and the defense of licenses before the state licensing board. We also advise clients regarding Michigan medical marijuana law and the applicable state regulations, as well as land use, environmental compliance, facilities siting and other related issues.