Marijuana Bureau: Dispensaries Can Remain Open, Application and Licensing Fees to Be at Least $14,000 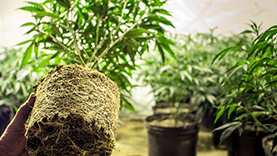 Three months before the state first accepts licenses under the new Medical Marihuana Facilities Licensing Act (MMFLA), the Bureau of Medical Marijuana Regulation (BMMR), an organization contained within the Michigan Department of Licensing and Regulatory Affairs (LARA), is zeroing in on what the nonrefundable application fees will be for those seeking licenses. Meanwhile, the Michigan Medical Marijuana Licensing Board, which oversees the Bureau, cannot agree on whether dispensaries that are already operating need to shut down before applications are first accepted on December 15th, and if so, when those shutdowns need to be completed.

Andrew Brisbo, head of the Bureau, informed the Board at its meeting on September 12, 2017 that the BMMR will unveil emergency rules in November that will govern the application process beginning the following month. As part of that rules packages, Brisbo said the Bureau did not agree with board member Donald Bailey’s request last month that dispensaries currently operating in the state should all be shut down prior to September 15th if those who operate the dispensaries wished to obtain a license in December. Brisbo said the BMMR’s position is that an applicant’s operation of a dispensary under current law up to December15th will be considered “a potential impediment to licensure” under the forthcoming rules.

Bailey voiced his displeasure with this position, saying that such language was not strong enough. However, Bailey had no support from the rest of the Board for his position that all current dispensaries needed to be shut down this month. At this point, it appears that the threat last month that all dispensaries were to be closed within two weeks is now over. This comes as a relief not only to dispensary owners but also patient advocates, who pointed out during the public comments portion of the September 12th meeting that such closures would have left many patients without needed medical marijuana for months.

The board members were disappointed to hear from Brisbo that there is not a definitive list of municipalities that have “opted in” to the new statutory scheme. Before an application for a new license will be considered, an applicant must show that the municipality selected for the location of the business has adopted a local ordinance that allows for regulated medical marijuana facilities. Brisbo said that such data is not being kept by municipal organizations. Meanwhile, more communities are opting in over the past week to allow medical marijuana facilities in their communities once the new laws go into effect at the end of this year:

The board will meet next in regular session on October 17, 2017 in East Lansing.

Foley, Baron, Metzger & Juip’s Michigan Medical Marijuana Practice Group will continue to follow these and other developments with the Michigan Medical Marijuana Facilities Licensing Act as the state prepares to accept applications in December. Our firm offers comprehensive administrative licensing services, including guidance with applications and the defense of licenses before the state licensing board. We also advise clients regarding Michigan medical marijuana law and the applicable state regulations, as well as land use, environmental compliance, facilities siting and related issues. Contact Richard S. Baron and Daniel Cortez at 734-742-1800 for more information.