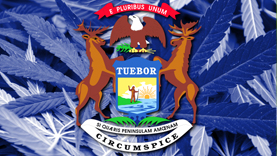 The Michigan Licensing and Regulatory Affairs (LARA) director, Shelly Edgerton, announced that emergency rules will initially be put in place this fall so that the state can meet its December deadline to accept applications for marijuana grower, processor, and transporter licenses under the Medical Marijuana Facilities Licensing Act (the “MMFLA”). She stated that rumors that applications are available or have already been submitted are entirely false.

Director Edgerton spoke to attendees of the Southeast Michigan Cannabis Business Development Conference in Detroit on July 9, 2017. LARA, along with the Michigan Bureau of Medical Marijuana Regulation, was given one year to create rules and regulations that would govern the new law, including the licensing processes for marijuana growers, processors, transporters, provisioning centers, and safety compliance facilities. Applications for these new licenses will be accepted beginning on December 15, 2017. Edgerton said that she and six others within LARA are working on the new rules but are severely understaffed.

As a result, Edgerton said that emergency rules will have to be put in place so the state is ready to accept applications in December. These rules will include a checklist for applicants and basic business regulations. However, unlike the normal rules creation process, the state will not formally take into account stakeholder input when creating the emergency rules. More complete rules should be expected in 2018, after licenses have been issued and the program has been in operation. Edgerton said the state will look to schedule training sessions for licensees through Michigan State University.

The next meeting of the Michigan Medical Marijuana Licensing Board is scheduled for October 12th in Lansing. However, Edgerton said that she would like to hold additional board meetings prior to December. Edgerton also shared the following developments on the law’s implementation:

Foley, Baron, Metzger & Juip will continue to follow these and other developments with the MMFLA as the state prepares to accept applications in December. FBMJ offers comprehensive administrative licensing services, including guidance with applications and the defense of licenses before the state licensing board. We also advise clients regarding appropriate due diligence, medical marijuana law and the applicable state regulations, as well as land use, facilities siting and related issues.