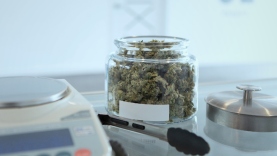 The Bureau of Marihuana Regulation (BMR), including its board that votes on whether to approve licensees under the Marihuana Facilities Licensing Act (MFLA), will be abolished by an executive order Gov. Gretchen Whitmer signed March 1. In its place the Marijuana Regulatory Agency will process applications. The executive order will go into effect April 30 so long as the legislature does not move to override the governor’s order.

Over the past year, the bureau and its board became an object of much dissatisfaction among license applicants, medical marihuana patients and other stakeholders due to its slow approval process. Since July, the board has approved 121 licenses – of those only 54 have become fully licensed provisioning centers. Under the MFLA, only licensed growers are allowed to sell marijuana products to licensed Provisioning Centers. The slow approval process has led to a lack of product for patients who use marihuana for treatment of medical conditions. Over the past two months the board had resorted to repeat extensions of the deadline allowing unlicensed provisioning centers receiving marihuana products from individually registered Caregivers to continue to operate and sell untested marihuana.

Presuming the executive order goes into effect, the Marijuana Regulatory Agency will assume the duties that previously fell to the BMR and the board. This would apply to both medical and recreational marihuana regulation. Gov. Whitmer said in her order that combining the licensing authority under one body furthers government efficiencies. “To avoid licensing delays and to better coordinate varying sources of authority for the enforcement of state law, the administration of state laws relating to marijuana can more effectively and efficiently be administered by a dedicated state agency,”.

What this means to MFLA applicants is not entirely clear at this time. Gov. Whitmer will appoint an executive director of the Marijuana Regulatory Agency, which is expected to process applications in the same manner as the BMR, although the presumption is that the agency would do so more quickly. Nothing in the executive order suggests that the MRA will do away with background checks or detailed investigations on applicants. The new agency will be required to have four public hearings a year to hear complaints about the department, although it is not clear whether the new agency will hold similar public hearings on license applications. The current licensing board has two more meetings scheduled before the executive order takes effect but the board has not confirmed that those meetings will be held.

We will continue to monitor the executive order and its impact on licensure applicants as more information becomes available in the coming days and weeks.