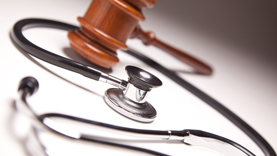 On July 21, 2017 attorneys Clyde Metzger and Carole Empey obtained a no cause verdict on behalf of their clients, an obstetrician gynecologist, a professional services organization of physicians and a hospital. The jury found no malpractice and that the Defendants complied with the standard of care during a DaVinci robot-assisted hysterectomy.

The case involved an ureteral injury that developed in a 41-year old Plaintiff after a total robotic hysterectomy with the use of a morcellator. The injury was a recognized complication associated with the procedure the patient selected and consented be performed, but not as a result of malpractice by the physician while performing the procedure. After a four-day trial in the 37th Circuit Court in Calhoun County, the jury returned a no cause of action verdict in favor of the Defendants.