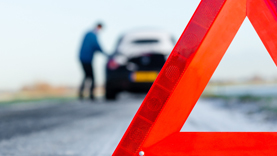 The recourse for healthcare providers in recouping costs from No-Fault insurers was cast into serious doubt in the wake of the Michigan Supreme Court’s ruling in Covenant Medical Center v State Farm Mutual Automobile Insurance Co. (Supreme Court Case No. 152758). In its May 25, 2017 Opinion, the high court held that a healthcare provider does not have an independent statutory cause of action against a no-fault insurer for payment of no-fault benefits.
Michigan courts had long-since held that a healthcare provider could bring legal action directly against an insurer for reimbursement for healthcare services. With Covenant, healthcare providers may have to turn to taking legal action against their patients to receive payment for services rendered as a result of an automobile accident.

The case stems from a June 2011 car accident in which the State Farm policy holder, Jack Stockford, suffered significant injuries. He was treated at Covenant Medical Center on numerous occasions, but when the hospital sent bills to State Farm for more than $43,000 in medical services, the insurer denied coverage. The policy holder proceeded to sue State Farm for no-fault benefits under his policy and ultimately agreed to settle the case for $59,000, subject to a broad release of claims related to the accident. In April 2013, Covenant, which had been unaware of the action against State Farm, sued the insurer for payment of Stockford’s billed medical expenses.

A Michigan trial judge ruled in favor of State Farm in May 2014, finding that the hospital’s claim was derivative of Stockford’s and had therefore been extinguished by the release.

In a published opinion filed in 2015, the Michigan Court of Appeals reversed the lower court, holding that State Farm’s liability to Covenant had not been erased by its settlement with Stockford. The panel cited to a long line of cases decided by the appellate court supporting the position that a healthcare provider can directly sue a no-fault insurer to recover benefits.

On May 25, 2017, the Supreme Court, in a 5-1 decision, overruled this string of appellate cases and determined that the plain language of the Michigan No-Fault Act, specifically MCL §§ 500.3112-3115 and 500.3157-3158, provides no support for Covenant’s contention that the hospital can sue State Farm to recover the costs of services provided to its policyholder, Stockford. The Court reasoned that healthcare costs are incurred by the insured, not the providers; therefore the insureds become liable for the payment of those expenses.

Justice Brian Zahra, who wrote the Opinion, stated that the appellate court had not engaged in a critical analysis of the language of the state’s No-Fault Act and therefore the panel’s reliance on the past decisions was misplaced and erroneous.

Plaintiff Covenant had cited the provision of the Michigan No-Fault Act allowing insurers to either pay the insureds or the healthcare providers directly following a loss. The Michigan Supreme Court held that while the language of that section supports the common practice of insurance companies paying benefits to medical providers directly, it does not grant providers the right to sue insurers for those benefits.

The majority said that its ruling does not leave healthcare providers without recourse, because they can still seek payment directly from the injured person for the reasonable costs of its medical services. Although the healthcare providers do not have a private cause of action according to the decision, the Court stated that “a provider that furnishes healthcare services to a person for injuries sustained in a motor vehicle accident may seek payment from the injured person for the provider’s reasonable charges.”

An important footnote in the Opinion may provide some relief for healthcare providers stating that the decision is “not intend to alter an insured’s ability to assign his or her right to past or presently due benefits to a healthcare provider.” Since the No-Fault Act expressly prohibits the assignment of future benefits, best practices for healthcare providers will likely require the implementation of assignment protocols as part of their everyday practice. This will allow them to bring a claim as a third-party beneficiary to a patient’s insurance contract for unpaid medical bills. The form and substance of such assignments remains uncertain. Will a provider require an assignment for every IV; for every bandage? How will assignments work with patients that have conservators or guardianships? What about patients who arrive at the emergency department unable to sign over their benefits? Again, healthcare providers are left without guidance from the Supreme Court on these and many other issues.

The impact of this decision will not be realized for some time. Immediate questions from the decision include whether retroactivity or prospectivity applies to the cases currently in litigation. Without direction as to whether current lawsuits in the Courts are bound by the Covenant decision, all parties are left to the whims of the trial courts.

FBMJ will continue to monitor developments in this new decision and advise clients on how Covenant will affect Michigan healthcare providers. Please contact Saulius Polteraitis at 734-742-1800 for additional information on this or other healthcare/insurance issues.