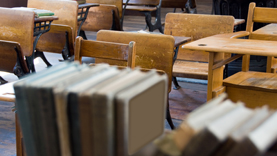 If a Notice of Intent (“NOI”) is served on the final day of the statute of limitations period when only a fraction of a day remains, is that fractional day tolled and preserved for statute of limitations purposes? The Michigan Supreme Court addressed this question in its June 27, 2017 Opinion in Haksluoto v. Mt Clemens Regional Medical Center. Conjuring images of a teacher in a one-room schoolhouse, the Court used an abacus to explain the proper rounding of fractional days and concluded that the final day is, in fact, preserved.

The Court began by framing the fundamental inquiry as one of rounding:

As a general proposition, Michigan law does not deal in fractions of a day.[2] The “touchstone of common law…is that fractional days must be rounded off in a way that accords with common understanding and is consistent with prevailing social customs, practices, and expectations.”[3]

Using this guiding principle, the Court ultimately determined that the fractional day remaining when an NOI is served should be rounded up because doing so is “consistent with the preponderance of American authority” affording parties more time rather than less and in accord with prevailing social customs, practices, and expectations, making it “less likely that those who are to act are deceived and misled in their action.”[4]

Analogizing to moving beads on an abacus, the Court explained that a day is not customarily considered over until it is entirely over and that, in light of this rule, a day not yet completed must be treated like a day not yet begun in so far as the law does not deal in fractional days:

If we were to analogize days to beads on an abacus, in disregarding fractions of a day, we keep the beads on one end of the wire or the other rather than measuring intermediate locations, and we do not move the bead from one end of the wire to the other until the day is completely over. But this does not mean that we are incapable of identifying when a bead has been shifted over and when it has not; it is not inconsistent with our disregard of fractional days to take note that…[the final day of the limitations period]…was only partially exhausted when the NOI was mailed. But with the day not yet over, the bead was not yet advanced.

In support of its decision, the Court also reasoned that the Legislature “surely did not intend its tolling provision as a trap for the unwary,” and “leaving a plaintiff ‘deadlocked’ when the plaintiff files an NOI before the limitations period expires seems as if it is the epitome of a ‘trap for the unwary.’” Accordingly, the Court concluded that such a result could not be countenanced.

The day’s lesson from the Supreme Court playing schoolmaster: when an NOI is timely served, the number of whole days remaining in the period of limitations is tolled, plus one day to reflect the fractional day remaining when the NOI was served.

Contact Mitch Jackson at 734-742-1800 for additional information on this or other healthcare issues.